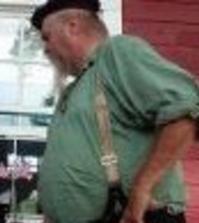 ​Below is a notice about a dear friend with the 24th Iowa. He passed earlier this year and is greatly missed.

R. Dean Airy, 88, passed away on April 19, 2022, at the Unity Point Health-St. Luke's Hospital in Cedar Rapids, Iowa, surrounded by his loving family.

Dean was born on Aug. 24, 1933, in Derby, Iowa. He was the son of the late John and Beulah (Mundell) Airy. On June 6, 1954, Dean married the love of his life, Jan Porter. Together they had four children. Dean served in the U.S. Air Force and Air National Guard, attaining the rank of Brigadier General.

He was employed by Rockwell Collins for many years until his retirement in 1995. Dean was a 50-year member of the Boy Scouts of America. Dean belonged to the American Legion, the Sons of the Civil War and was a Civil War Reenactor with the 24th of Iowa.

He was preceded in death by his wife, Jan; his parents; and a granddaughter, Jordyn Airy.

Memorial contributions may be made in his name to the Hawkeye Area Council Boys Scouts of America.

The family would like to thank the entire staff at Unity Point Health-St. Luke's Hospital and especially the hospice team for all the love and support they showed Dean and his family while he was in their care.

David C. Yanecek, 69, of Greenfield (formerly of Fairfax), passed away Monday, September 12, 2022 at UIHC. A Celebration of Life gathering and visitation will be held Sunday, September 18, 2022 from 1 p.m. until 3 p.m. at Brosh Chapel and The Avacentre in Cedar Rapids, located at 2121 Bowling Street SW. Burial will follow at Czech National Cemetery.
Dave was born March 9, 1953 in Cedar Rapids, the son of Charles Franklin and Darlene Jeanne (Bartunek) Yanecek. He graduated from Prairie High School in 1971. Following graduation, he went to work at Nissen Trampoline (Universal Gym Equipment). In 2018, Dave retired from the City of Fairfax after over 20 years of service. In addition to his work, Dave was a volunteer firefighter with the Fairfax fire department for more than two decades. He was an avid Civil War reenactor with the 24th Iowa Volunteer Infantry since 1995 known as Pvt. Josiah Muntz. He spent many a weekend under the canvas tents around the campfire.

Dave was known to make friends wherever he went; he looked tough on the outside, but he was a teddy bear inside. The softest spot he had was for his four grandkids, whom he adored, spoiled, and spent as much time with as possible. It was hard to talk to Dave without being shown a picture of his grandkids. Dave loved history, cooking (especially campfire cooking), reenacting, talking, telling (often inappropriate) jokes, boasting about his kids and grandkids, taking the backroads, golfing, and napping almost anywhere.

He was preceded in death by his parents and his sisters, Nancy and Donna.

Memorials may be directed to the family.

Online condolences may be expressed to the family at www.broshchapel.com 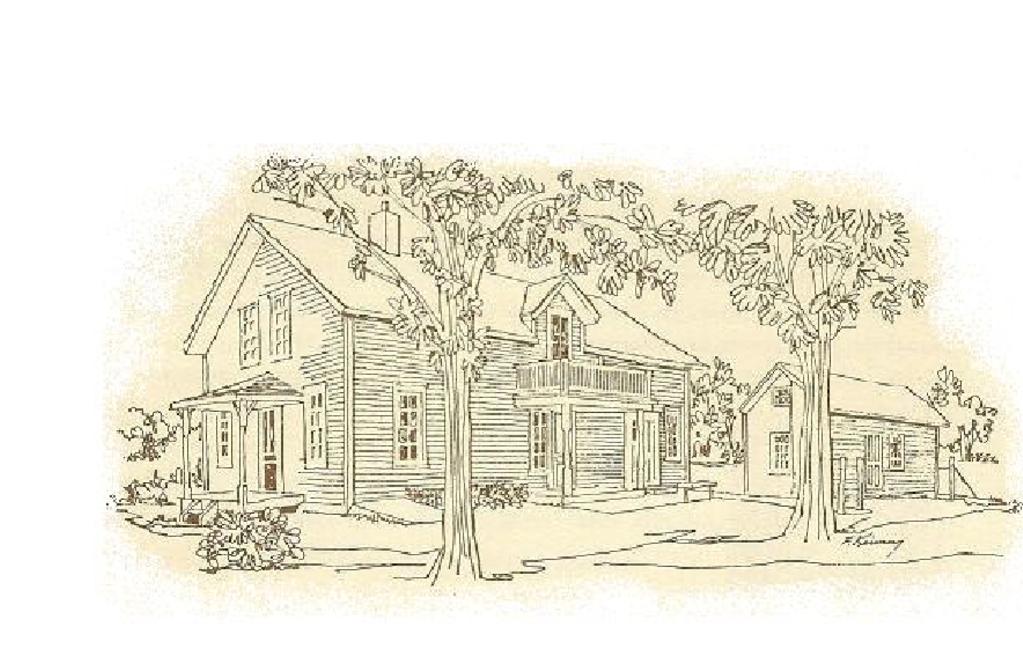 Some photos from the events that we have at Seminole Valley Farm Museum. Check out our events page and then check out the individual events themselves.

Patricia Marie Schultz, 80, died Sunday, July 31, 2022, at her home in Ely, losing a battle with leukemia. Survivors include her husband, Richard; daughter, Sonja (Kevin) Hadenfeldt of Fairfax; grandson, Dylan (Malinda) Hadenfeldt of Cedar Rapids; granddaughter, Teal (Martin) Rounds of Cedar Rapids; two great-grandchildren, Greyson and Sadie Hadenfeldt; brothers, George (Pat) Engel of Kansas City and Edward (Marsha) Engel of Ely; sister, Susan Engel of Ely; sister-in-law, Pam (Al) Gould of Cedar Rapids; brother-in-law, Gerald (Jean) Schultz of Lincoln, Neb., and many cousins. She was preceded in death by her parents, Raymer and Pauline Engel; and a son, Eric. Pat was born May 16, 1942, in Cedar Rapids. She graduated from Prairie High School in 1960. Pat married Richard K. Schultz on Dec. 15, 1962. After Sonja and Eric started school Pat worked as a teacherâ€™s aide for a time at Prairie and also at Younkers and Collins Radio. She loved her flower gardens, cats and just about any other small animals. She volunteered for many years at Ushers Ferry Pioneer Village and later at Seminole Valley Farm Museum, where she was known as the kolache lady, baking on the wood stove in the summer kitchen. Friends may call from 4 to 7 p.m. Wednesday, Aug. 3, at Cedar Memorial Westside Chapel. A funeral service will be at 10 a.m. Thursday, Aug. 4, at Trinity Lutheran Church, Cedar Rapids, by the Rev. T. Groth. Interment will follow at Cedar Memorial Park Cemetery. In lieu of flowers, donations can be made Hall Perrine Cancer Research Fund at Mercy Medical Center in her name. Online condolences may be directed to the family at www.cedarmemorial.com under Obituaries.

As our season comes to an end we would like to thank everybody who came out and supported us this year. And a special thank you to all the reenactors who showed up and made out events a success. But as our season ends it is with a heavy heart again that we share the loss of another one of our family. Most knew him as Yahny or Muntz. He was a member of the 24th Iowa and also was an active member of our World War II event. He was a great guy and an even better friend. He will be missed. Below is his obituary along with the  other two that we lost this year. Please keep their families and friends in your thoughts and prayers. Thank you.

We look forward to seeing everyone next year and  hope that we have another great season. Until then we hope everyone stays healthy.